Five years after Kony 2012, the warlord is still on the lam

On 5 March 2012, the NGO Invisible Children launched the docu-film Kony 2012, created to promote the international humanitarian campaign called Stop Kony, which set out the objective to catch the Ugandan war criminal. Spent five years since the launch of the 30-minute film, Joseph Kony has not yet been arrested, and in the meantime Invisible Children has also risked the closure.

The California NGO, at the end of 2014, announced that it was about to cease its activities. Since then, though, albeit severely reduced has avoided dismissal. The Ugandan warlord found refuge in remote disputed enclave of Kafia Kingi, located in South Sudanese territory, but de-facto under the control of the armed forces of neighboring Sudan.

A secure hiding place, considered the old alliance between Kony and the Khartoum regime, which in response to Uganda’s support for the separatist rebels of the Sudan People’s Liberation Army (SPLA), for decades has armed and supported the guerrilla campaign in northern Uganda of the Lord Resistance Army (LRA), the group led by Joseph Kony. The LRA has sown terror in several central African countries and according to Human Rights Watch from 1986, year of the beginning of the insurgency in northern Uganda, have abducted more than twenty thousand children to enlist in its ranks.

The most recent testimony regarding the fate of the Christian fundamentalist fanatic dates back to a year ago, when Ofwono Opondo Ogaldin, a former child soldier who served 27 years into the LRA, revealed to the Telegraph that Kony to subsidize what remains of his organization would addicted to the ivory traffic from the Garamba National Park, in the northeast corner of the DRC.

More than ten years ago, Kony was forced to leave his homeland in northern Uganda and to take refuge first in the Congo and then in Southern Sudan. Since 2011, more than one hundred US military advisers and special forces are permanently employed to help African countries armies to fight LRA. After their arrival, Kony fled the Central African Republic and then reached Kafia Kingi.

It is also thought that his sons Ali and Salim, have assumed a leading role within the armed movement. Ali Kony is an official of the LRA intelligence services and is considered as a potential successor to his father leading the group. Salim is increasingly involved in operational planning and in the repression of dissidents.

Meanwhile, Kony’s army force has steadily declined and today, the LRA may be down to just 120 armed fighters accompanied by about 100 women and children. By now, the war criminal, weakened and surrounded, seems to have overshadowed the armed struggle. Contrary to what Kampala states, the mission is not yet accomplished and the goal of his capture has not yet been reached. 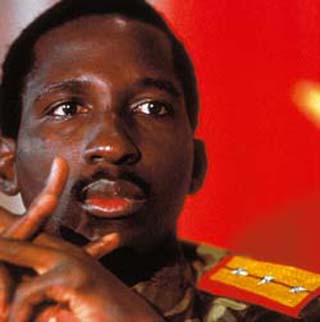 We must talk about it

Africa is a Country
Café Africa

Conversations on a continent to be known